A Passion For Practical Solutions

The Realistic, Adaptive, Interactive Learning System (RAILS) is a comprehensive software simulation-based learning system for use in training Law Enforcement Officers, Coast Guard, Border Patrol, Hazmat Teams, and other First Responders in the use of Rad/Nuc, Chemical, and Explosives Trace Detectors. It is comprised of a web-based learning management system that is located on a central server, as well as a 3D-simulation package that is downloaded locally to user machines. 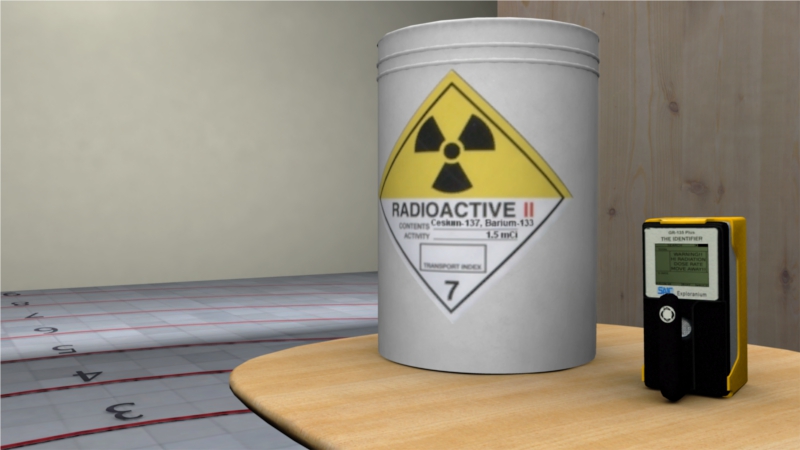 RAILS is geared toward law enforcement officers and first responders and simulated scenarios relevant for them. RAILS tracks trainee progress and the training games are completed and make it easy for an instructor or training coordinator to review progress. The RAILS training games take place in ten different environments (see below), each of which contains several training games in which eight radiation detection devices (also shown below) may be used. Trainees may also select which ‘Avatar’ (the character that will represent them in the game world) to use for the training games

Although RAILS models both a realistic visual 3D environment as well as gamma and neutron radiation physics in real time which allows for having multiple dynamic (moving) radiation sources in a training game, RAILS has been specially designed to run on the older computer hardware which is available to most law enforcement officers and first responders (e.g. older Toughbook models). Nonetheless, users will find that the graphics, animations, and sounds in RAILS create a realistic, immersive environment in which to practice rad/nuc detection with their RND equipment. 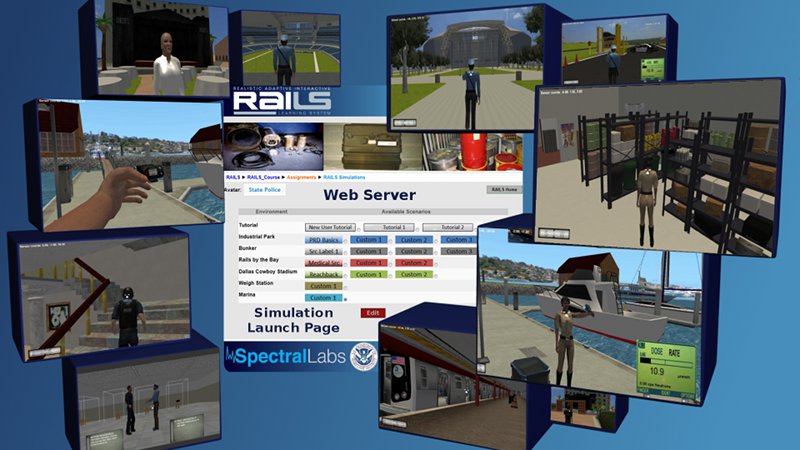 RAILS includes a wide selection of environments (presently 10) with scripted, ready to go scenarios, as well as several placeholder scenarios. The availability of all these unique environments adds to the realism of the training, and allows users to train for specific scenarios in an appropriate environment (e.g., encountering a nuclear medicine patient in a subway station, or performing a secondary screening and interview of a truck driver who has triggered a radiation portal monitor). Both of the aforementioned examples are available training games in RAILS, along with many others! 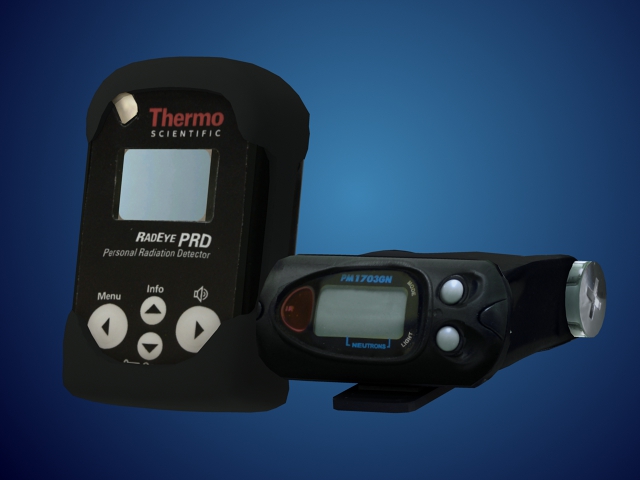 The simulation includes training, instructions, and practice simulations for the following devices: 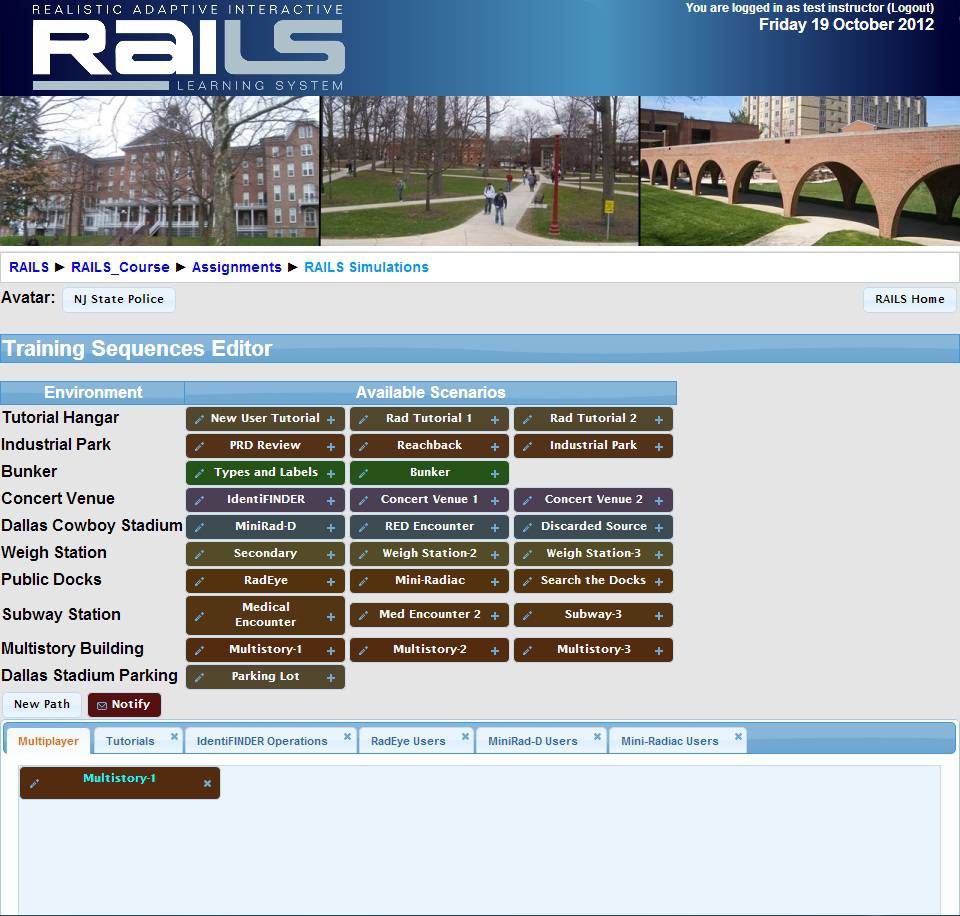 It is our belief at Spectral Labs that a training program needs to be flexible to meet all the needs of the many different agencies it is intended to instruct, all of which can use different equipment and have different SOPs when it comes to the RND mission. A transportation police force might find it useful to practice in a training game in which a medical patient is encountered in a subway station, whereas motor transportation police or highway patrol might find a weigh station secondary screening training game more useful.

RAILS was designed with flexibility in mind so that instructors or training managers can craft a training path, or multiple training paths that include the training games relevant for their team. Additionally, RAILS allows for the creation of multiple groups so that, for instance, in cases where there are training needs for primary and secondary screeners, separate groups can easily be created for both the primary and secondary screeners. RAILS was designed to allow the maximum amount of flexibility while maintaining low complexity—for more details, or to receive access to the User’s Manual or instructional videos contact info@spectrallabs.com 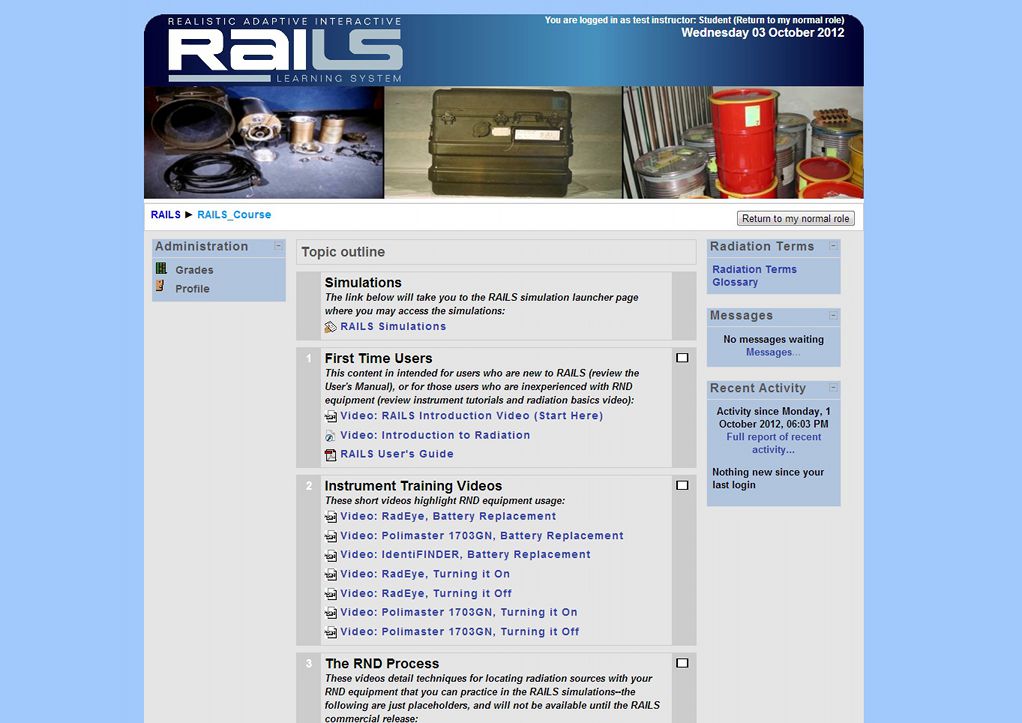 The RAILS User Interface Program (UIP) is, to simplify, a website that enables access to and tailoring of the training simulations, as well as serving as a place to keep all kinds of written, video, and other training content. The UIP is built on Moodle, a well-known open source learning management system. Instructors can use the UIP to host their own department’s operating procedures and may add to or remove the default written training content provided by SLI.

In addition, the UIP makes it easy for instructors to start multiplayer games so that trainees can practice coordinated searches and other team based learning activities.